Office design for Shinwa Agency of the Daiwa House Group.

As telecommuting is encouraged and the term "home office" is often heard, the question of what an office should be like for employees is becoming increasingly important.

In this context, SHINWA Agency's answer to the question of what an office should be like for employees is <to create a comfortable office that would become another place for employees.>

Based on this concept, we created a design concept that would give the SHINWA Agency a sense of identity.

It is also a large "circle" that connects the company and its employees. In Japan, the circle is sometimes referred to as a "WA".
The design was incorporated into the space while keeping in mind this harmony and circle.

The cafe-style meeting area, which is the first thing you see when you pass through the entrance, is designed as a partition like a folding screen with plants and sofas.
By incorporating a lattice design into the folding screen, the concept of harmony is further emphasized.

The circular table in the middle of the office is a symbolic presence that can be seen from everywhere in the office by placing a plant in the center. This table was designed to give a sense of harmony by combining fan shapes to form a circle.

The top panel of the fixture where the plants are placed is designed to have a tray-like edge to prevent the plants from falling.

This soft and ambiguous partitioning rather than a clear one is also considered as one of the typical Japanese thinking.

By interspersing the space with Japanese design, the shape of the circle, and the way of thinking, we aimed to create an office that would be a comfortable place to stay and feel "わ・WA・和". 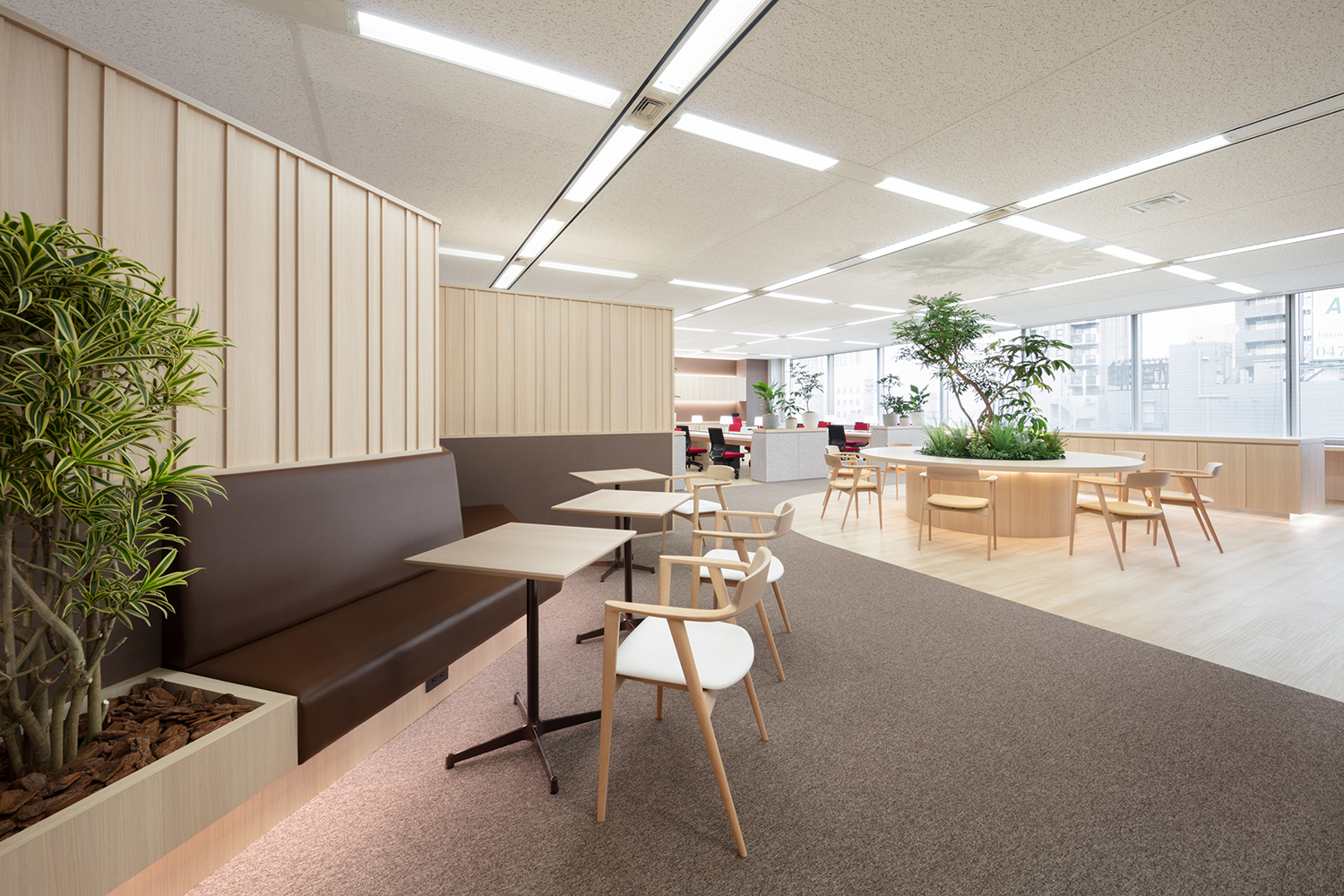 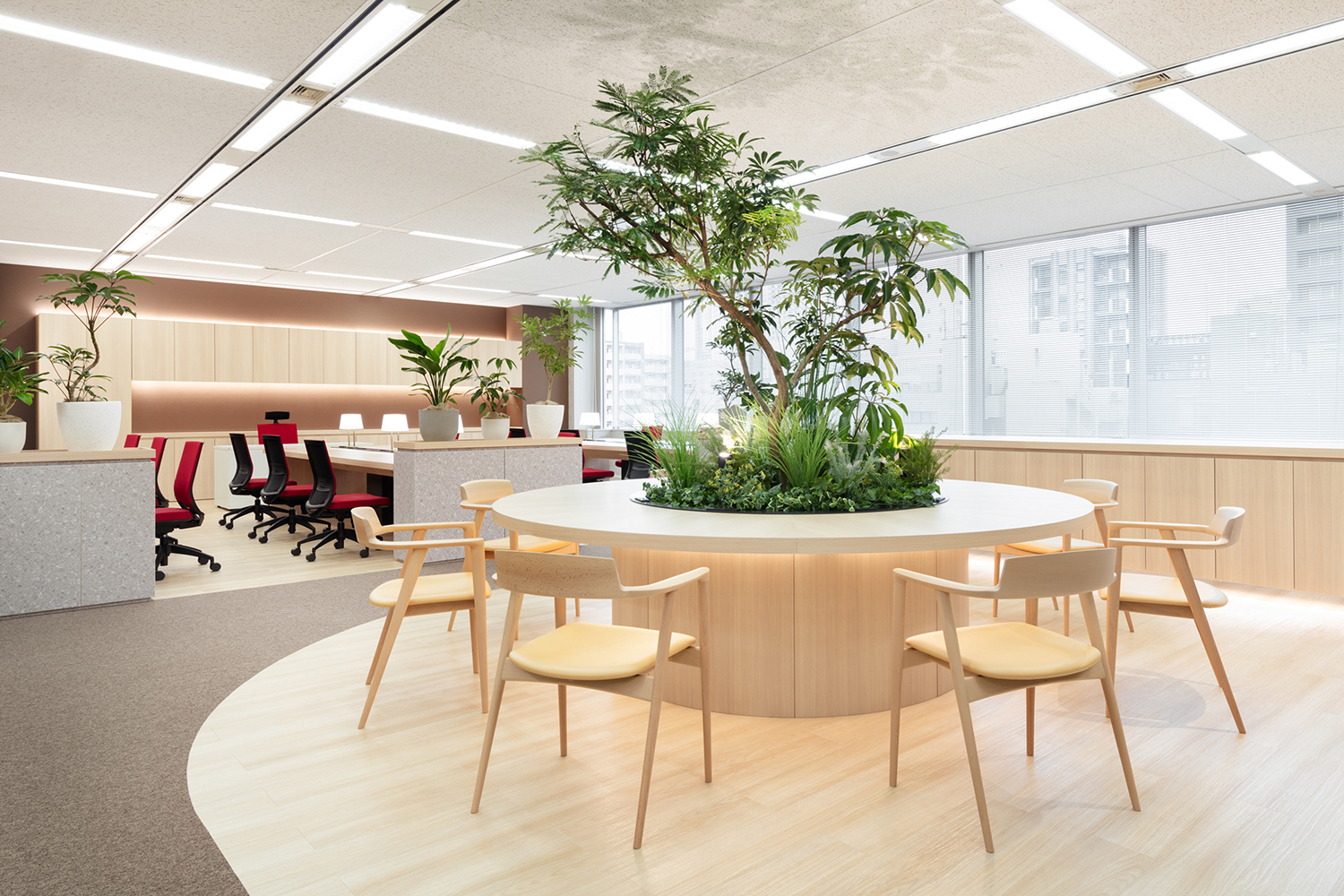 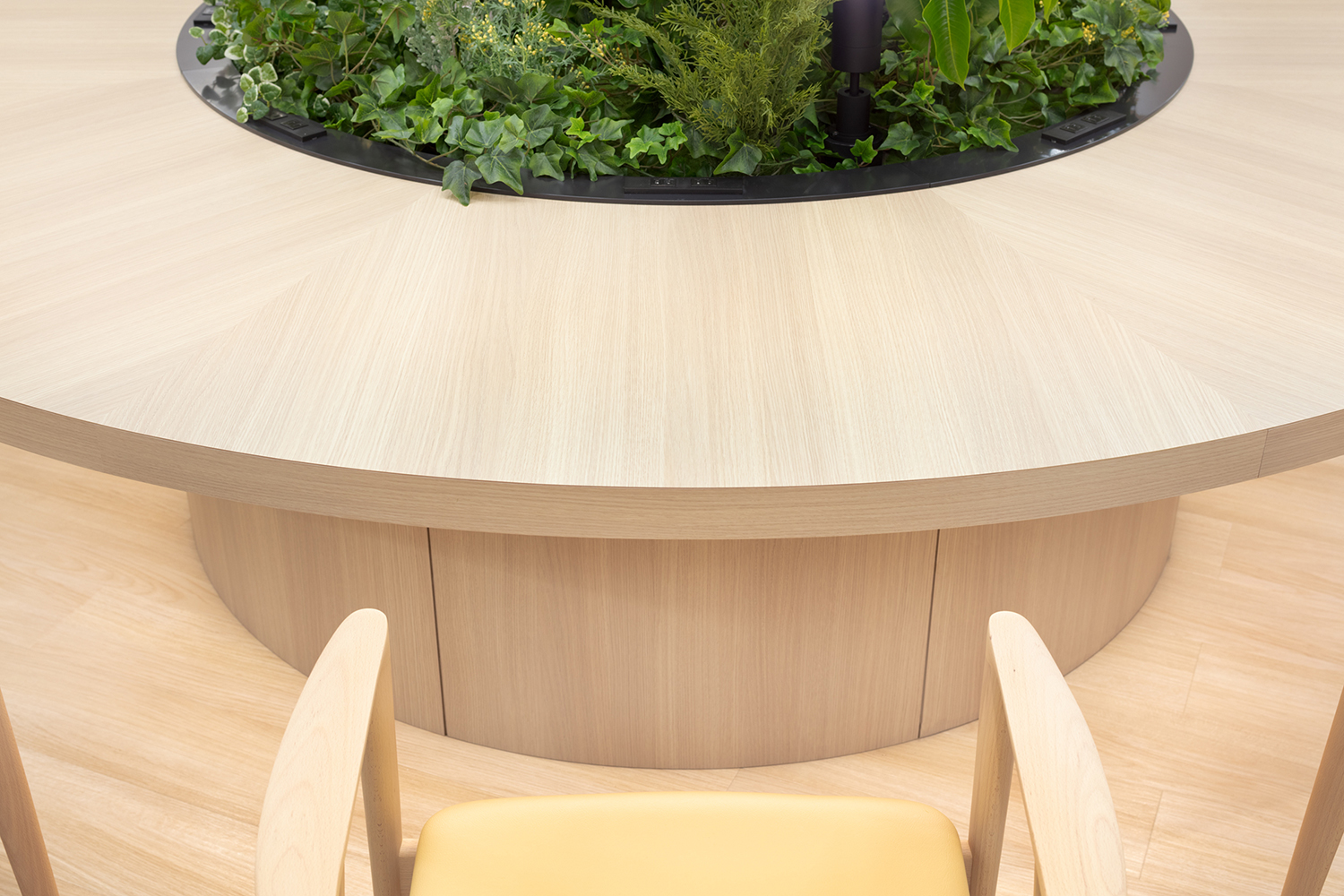 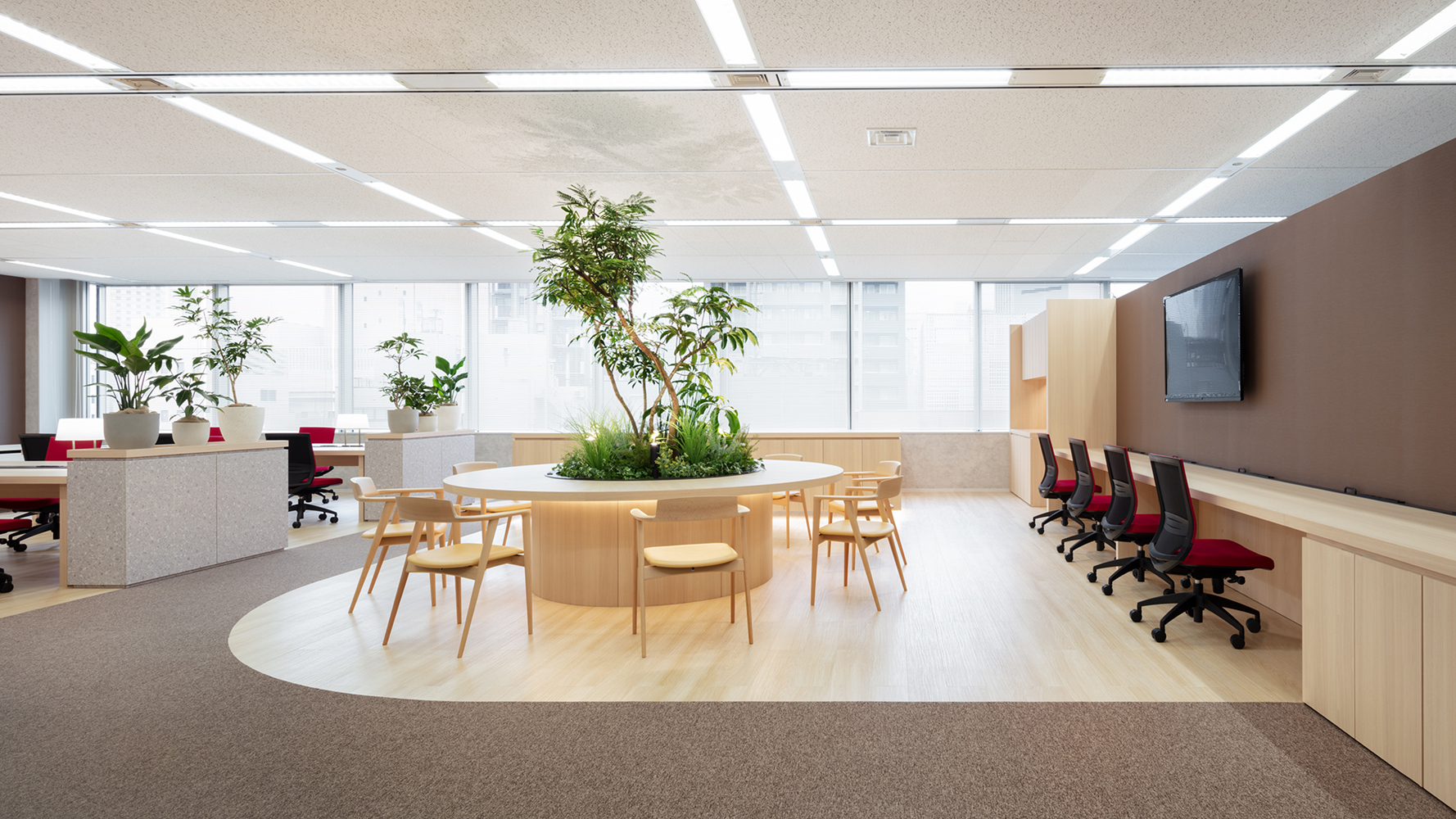 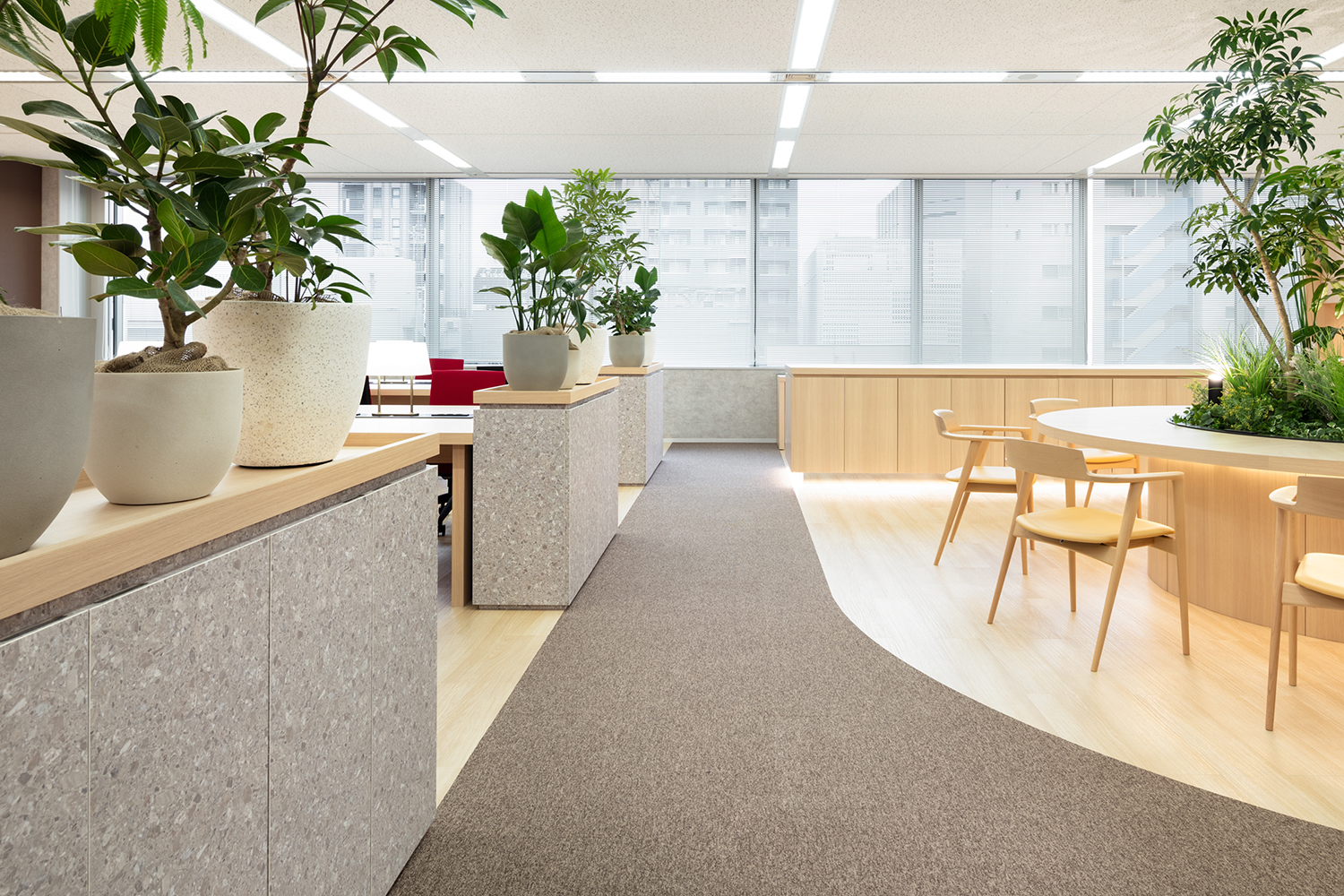 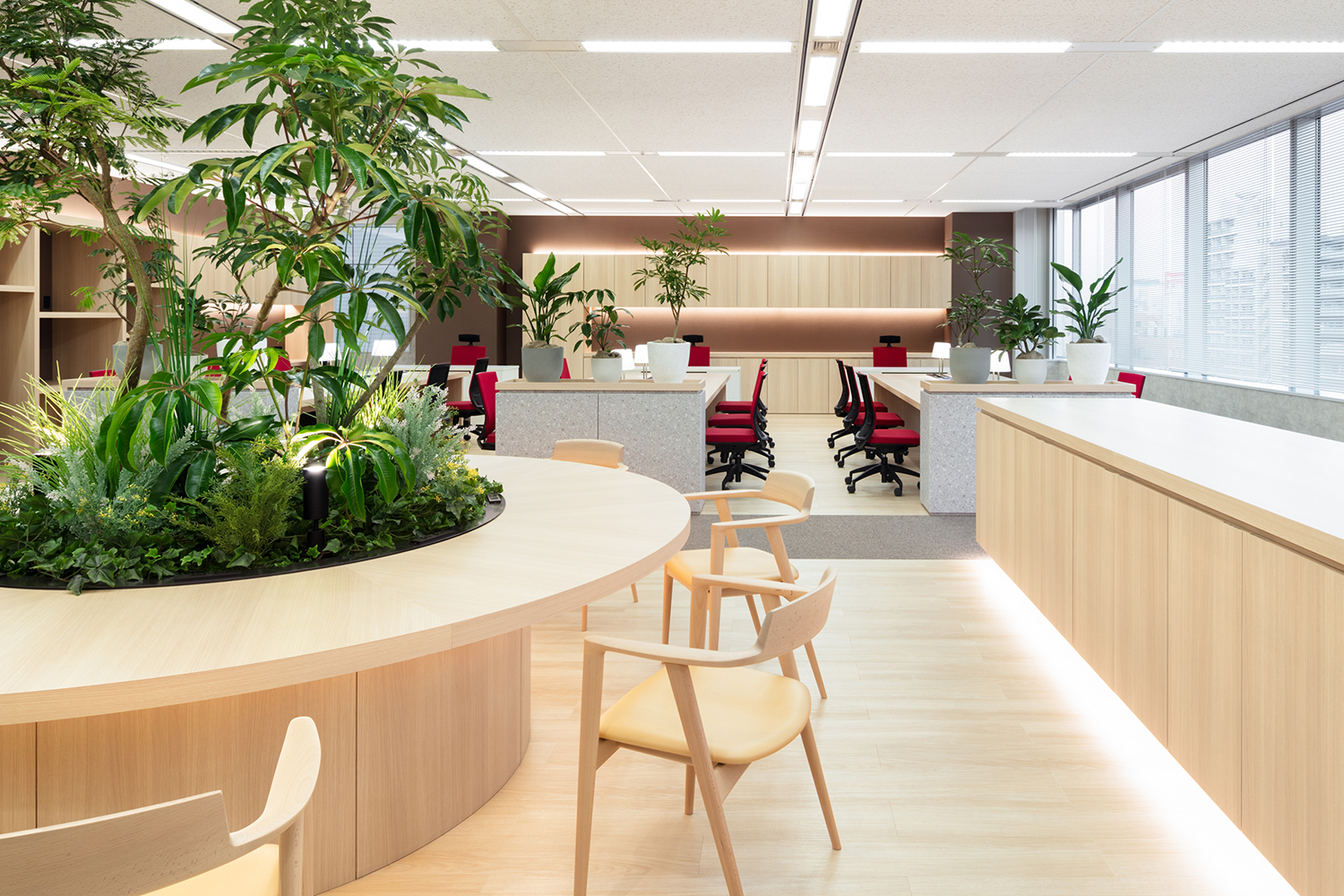 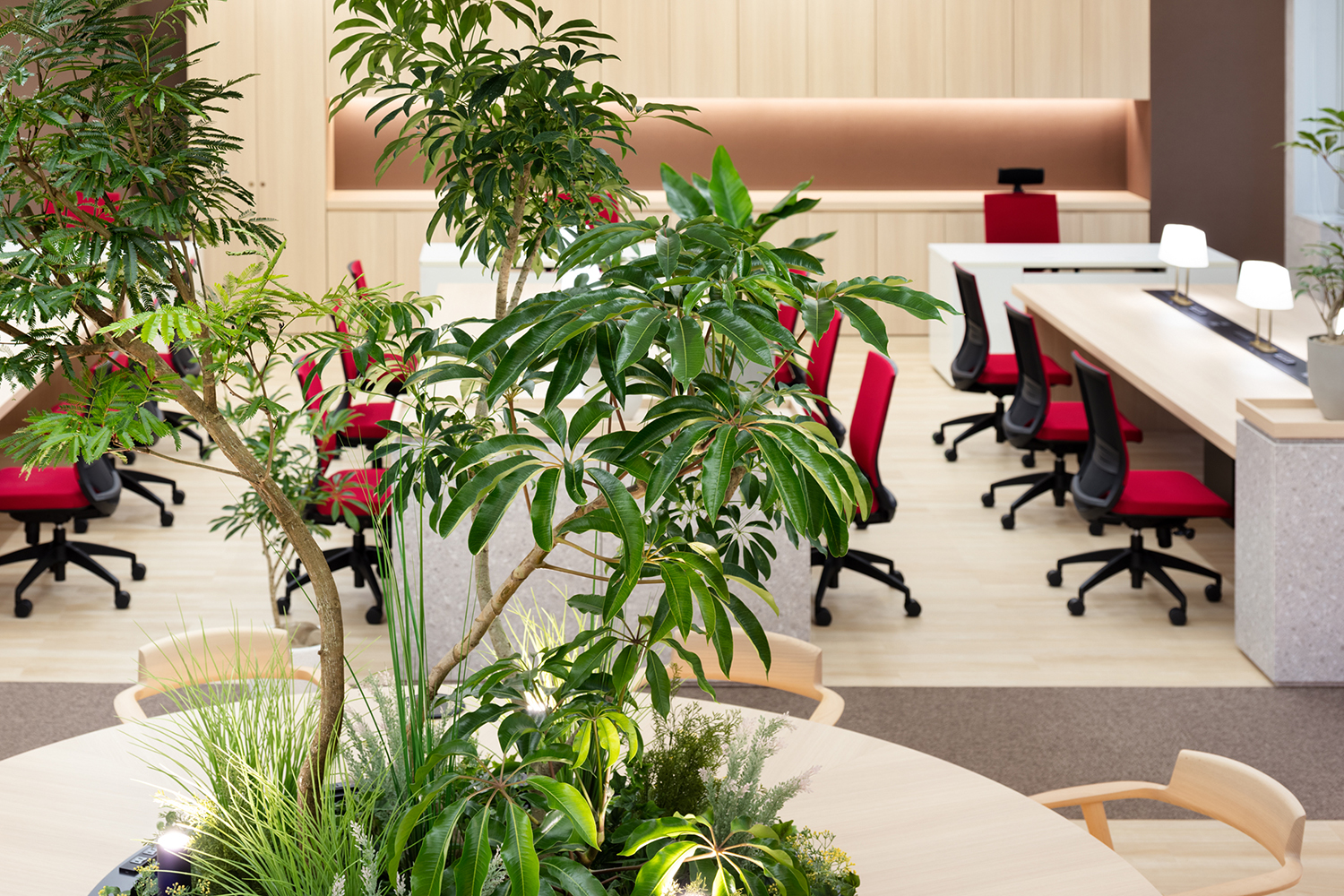 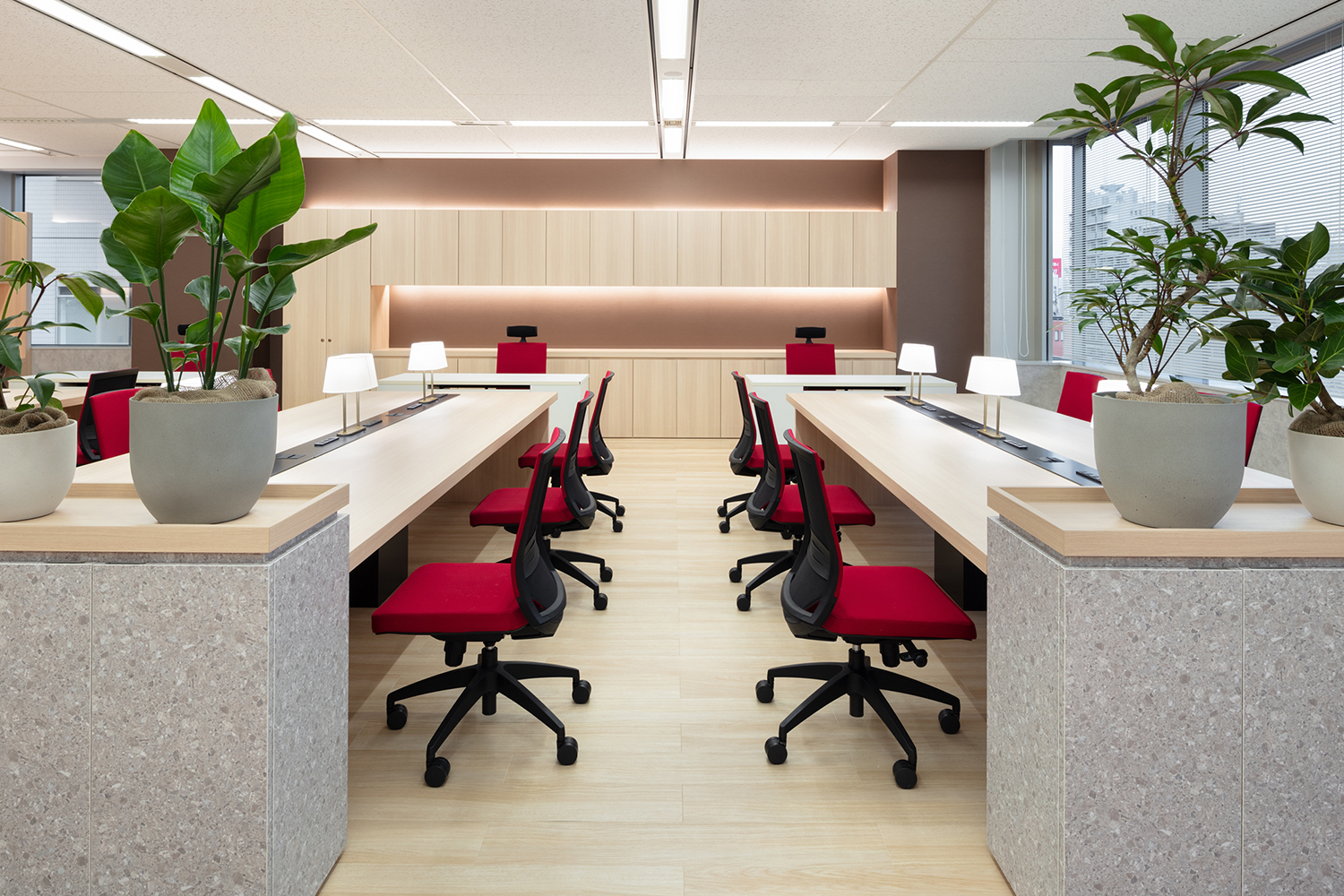 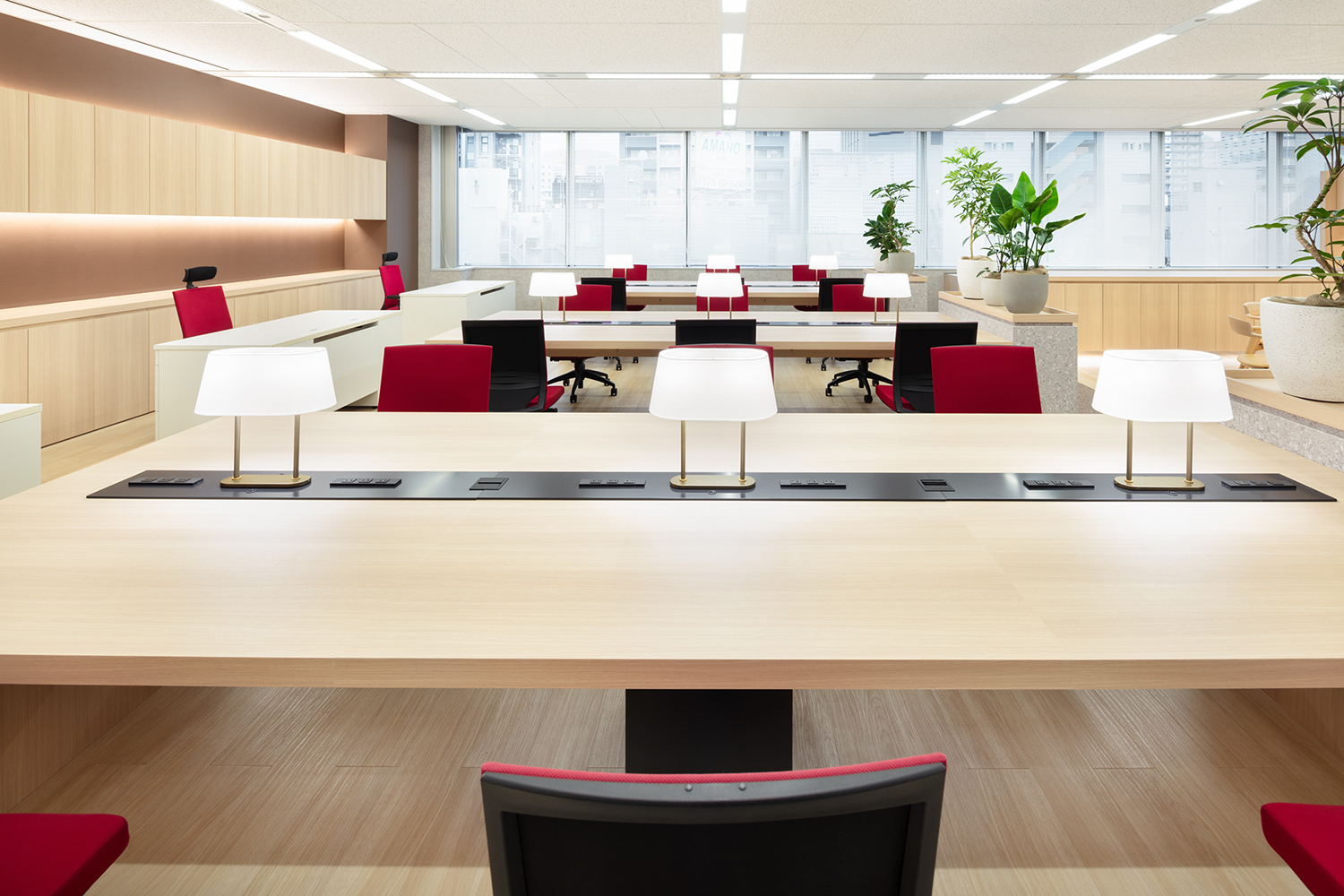 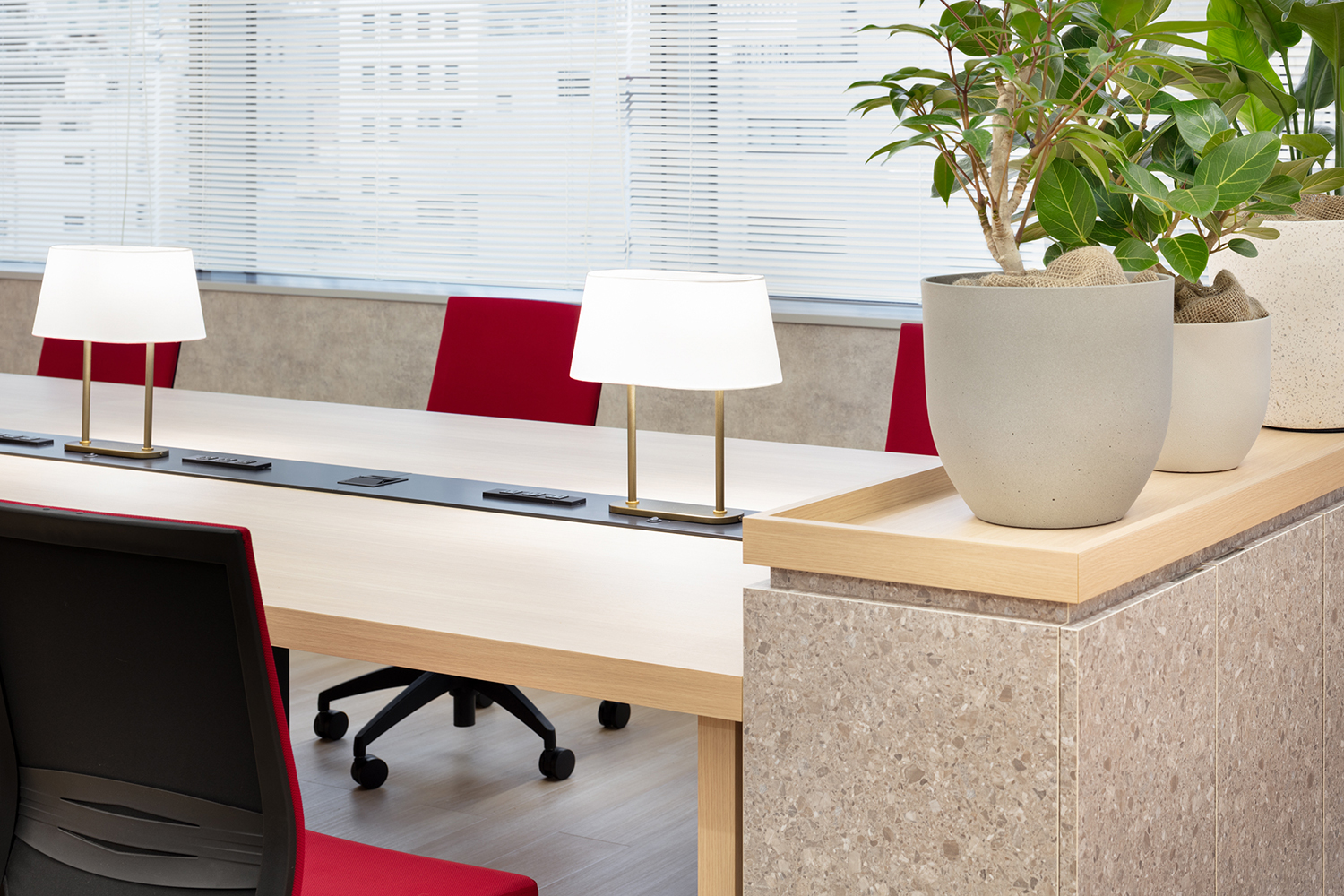 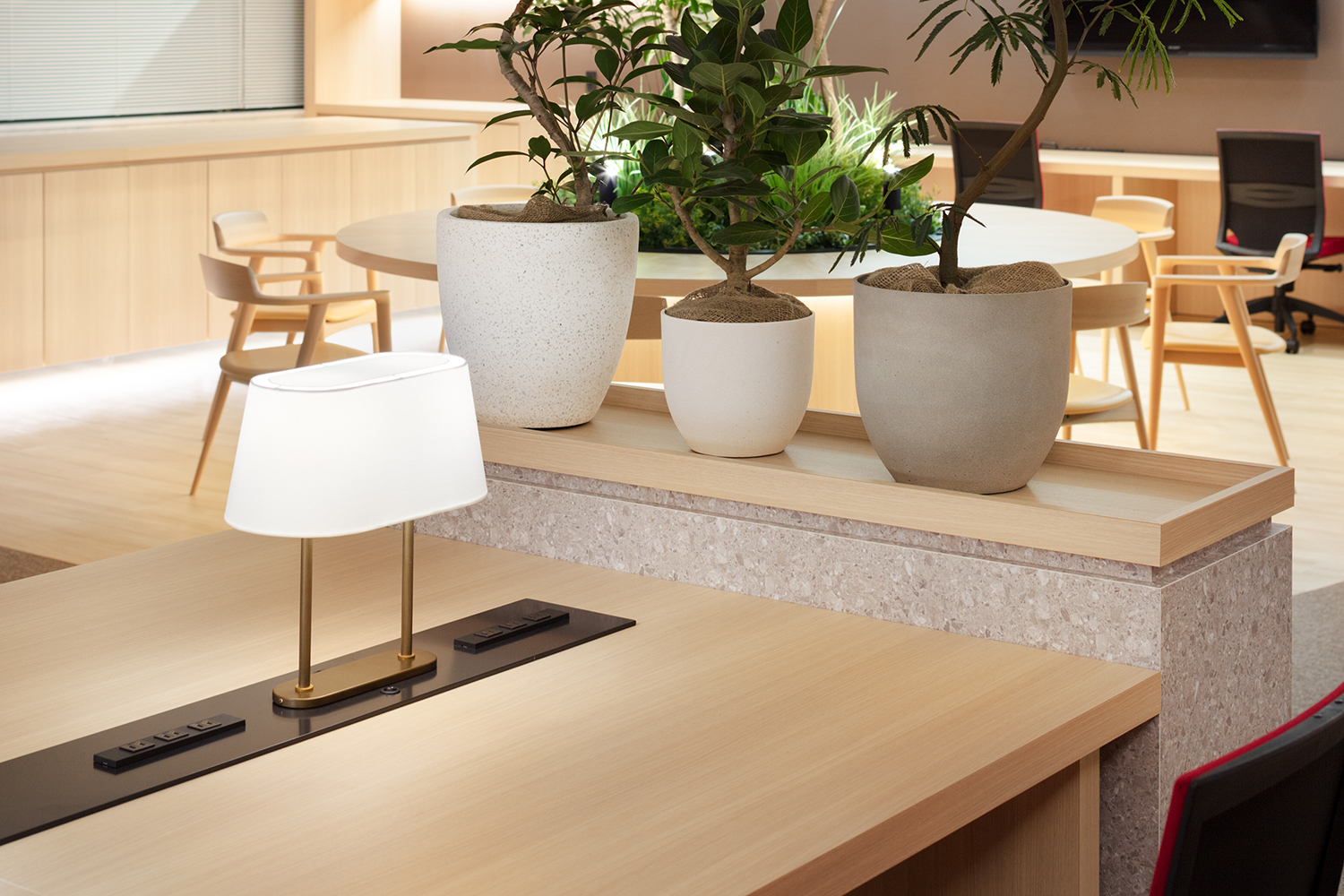 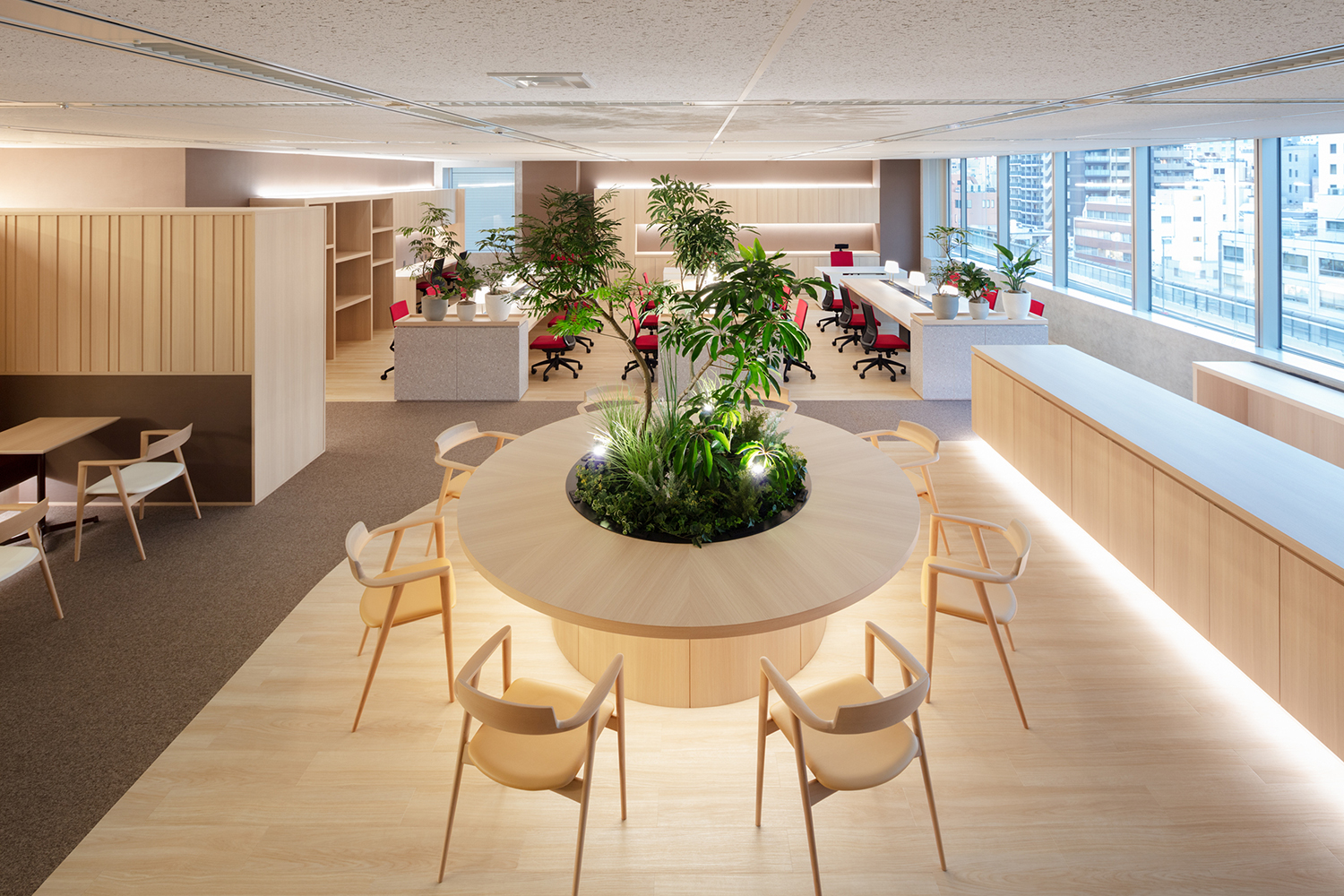 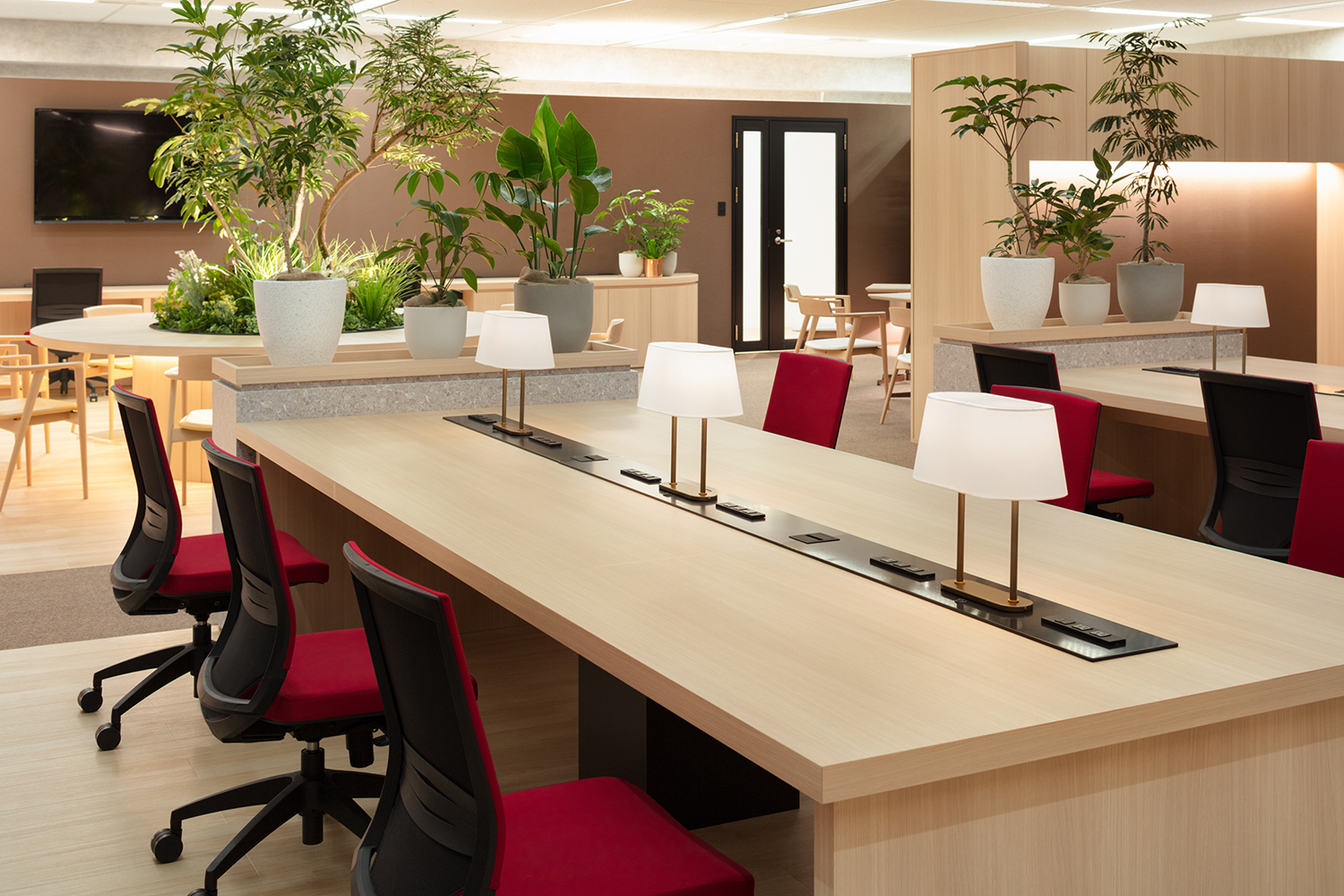 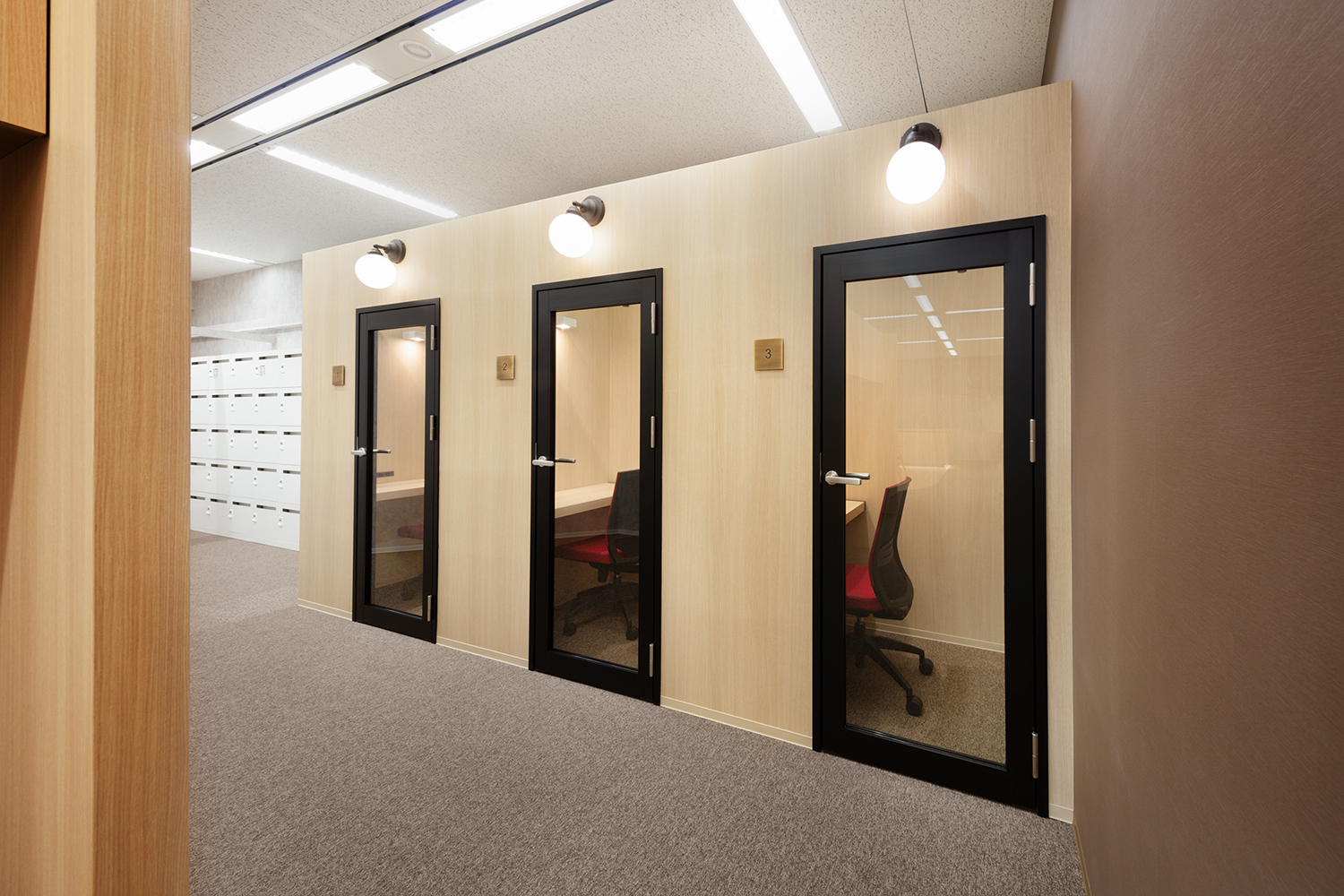 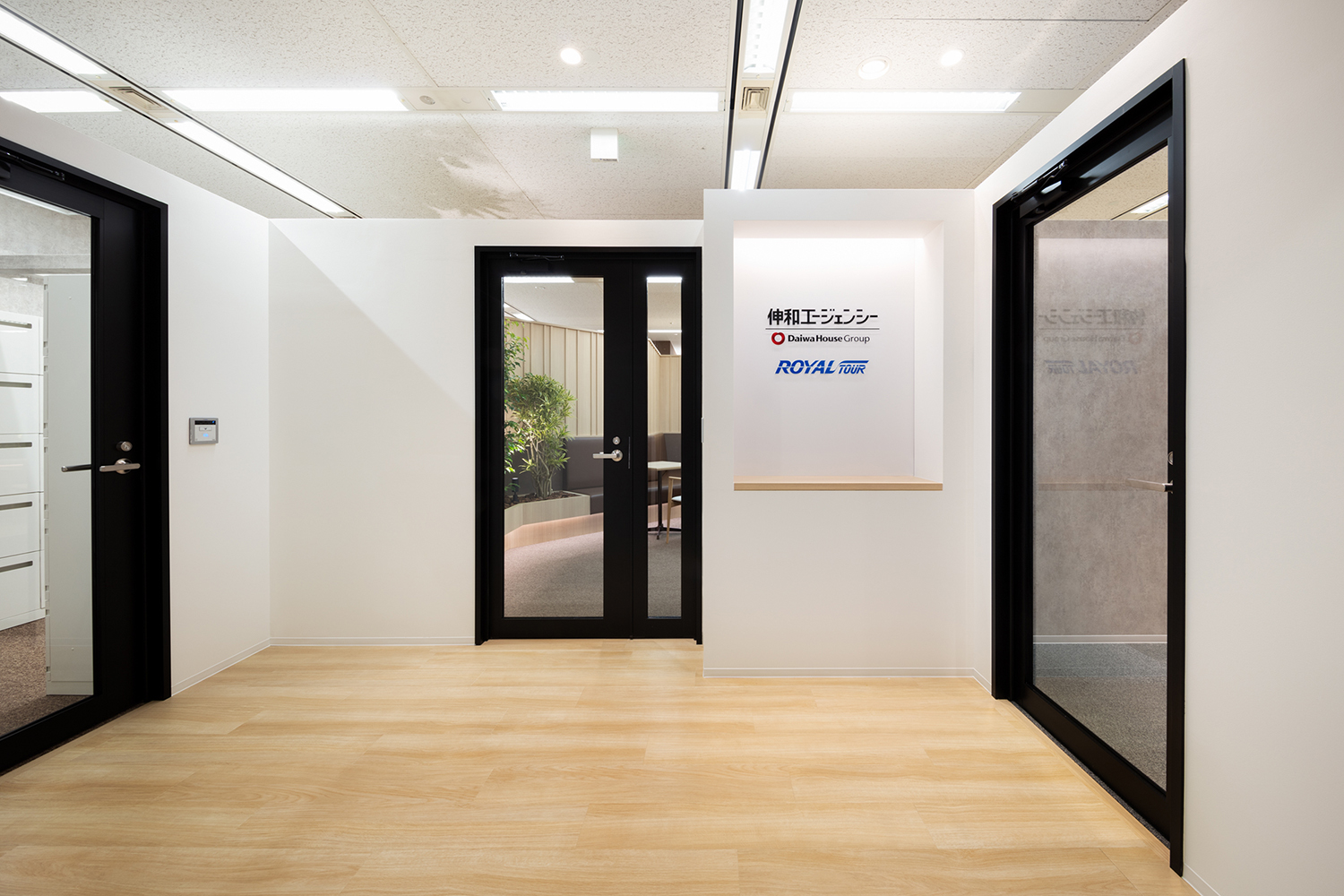